Stokenchurch on top in the numbers game 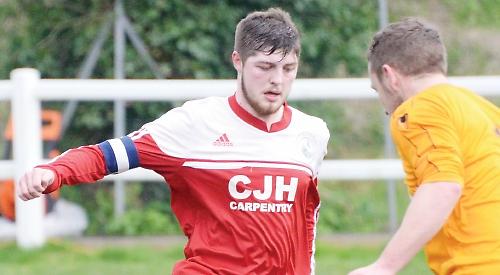 WHEN the first team travelled with only 12 players, it was no surprise that Henley Town Reserves’ ranks were grossly depleted on Saturday for their Hellenic League Division 2 East home match with Stokenchurch.

The Red Kites started with nine men, went up to 10 after 33 minutes, but were intermittently down to nine again as two of the side struggled on despite injuries.

Almost a quarter of the game had expired before Stokenchurch managed to score. But it became ever easier as Henley tired more and more. It was 4-0 by the interval and 10-0 at the end. Michael Gaut scored five and Stephen Park four for Stokenchurch, with Chris Baumohl making up the number.

Despite the scoreline Henley did well in not having to scratch this game with 16-year-old goalkeeper Lucas Romero-Jinks having little chance of saving the majority of the goals conceded.

THE standard of football was high at the Triangle Ground on Tuesday of last week considering that the sides filled the last two positions in Division 2 East. Henley flattered to deceive as following a goalless and evenly contested first half, they collapsed to a 5-1 defeat. After so many defeats Henley seem to lose their confidence as soon as a goal has been conceded while Aston Clinton are on the verge of a renaissance as they had gained a cup victory over Moreton Rangers, the leaders of Division 2 West, in their previous outing.

Bailey Curtis scored an accomplished goal for Henley. There was one good piece of news for the Red Kites as Ben Clark, who broke his leg playing for the first team early in the season, came on as a substitute and showed no ill effects afterwards.