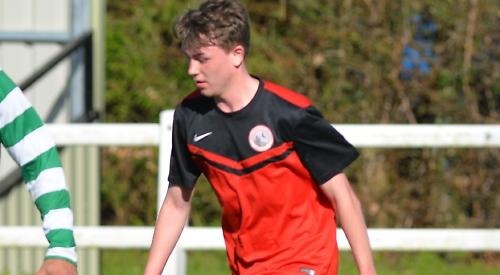 HENLEY TOWN’S disappointing season finally came to an end on Thursday of last week when they crashed out of the Bluefin Sports Hellenic Supplementary Cup in the quarter-finals at Fairford Town.

The Red Kites, who had finished bottom of the Premier Division having lost their previous two matches 9-0, went into the match with the Division 1 West champions as firm underdogs.

However, the youthful Red Kites surprised the hosts when Jake Wheeler fired the visitors into the lead after just three minutes.

Ben Saunders levelled the scores for the hosts seven minutes later. The left-back then added his second to put Fairford into the lead soon after.

Levi Cox powered his way through before slotting home from an acute angle to make it 3-1 before Bailey Curtis pulled a goal back for the Red Kites on 27 minutes.

In the second half Dan Drewett made it 4-2 on 53 minutes before Cox wasted a chance for a fifth from close range. Josh Morse struck number six just after the hour with Cox making amends with a volley on 68 minutes for 7-2.

Sam Ockwell rounded off the scoring. His volley at the back post had been blocked on the line by Henley keeper Garry Aulsberry, but Ockwell poked home the rebound.