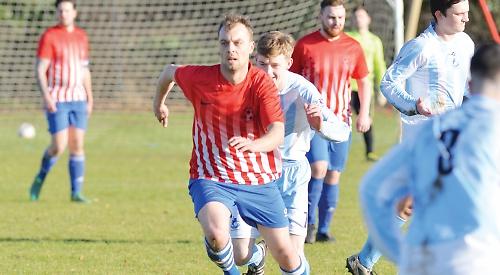 VISITING side WOODCOTE/STOKE ROW went down to a heavy 6-2 Premier Division defeat at second placed MARLOW UNITED on Saturday.

In a lacklustre display the visitors were made to pay for their defensive errors in a match that saw Adam Cashin-Murray and James Worsfold score for Woodcote/Stoke Row.

In Division 3 ROTHERFIELD UNITED RESERVES remain at the foot of the table after going down to a 5-2 defeat against MAIDENHEAD TOWN RESERVES at Bishopswood.

Richard Bennett was in sensational form for hosts WARGRAVE RESERVES as he bagged five goals in his side's 7-3 home Division 4 win against GORING UNITED RESERVES.

Jamie Elston also netted a brace for the hosts while Patrick Dyer, William Jaycock and Richard Skidmore were on target for the visitors.