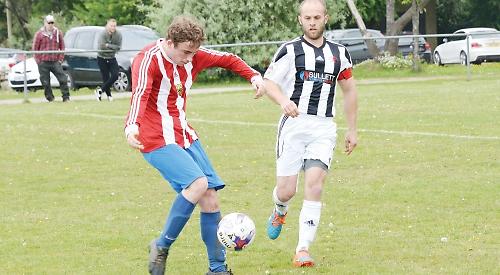 The turning point of the match came in the second half when Matthew Jarvis was sent off after picking up two yellow cards on 55 minutes.

Michael Butcher put the visitors into the lead for the first time in the match on the hour mark before Adam Cashin-Murray made it 3-1 with 10 minutes of the match remaining. Butcher netted his second of the match and his side’s fourth four minutes from time to complete the scoring. The visitors ended the season in fourth place.

In Division 2 Darryl Potter netted WOODCOTE/ STOKE ROW RESERVES’ only goal of the game as they went down 6-1 at home to MAIDENHEAD MAGPIES RESERVES.