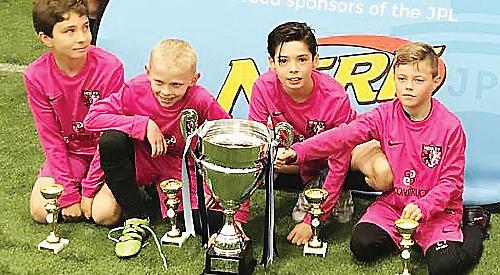 Following on from their semi-final win over Coventry, the Lions travelled to West Bromwich Albion’s academy ground for the final.

A slow start saw Somerset take an early lead after just five minutes. The Lions hit back when Connor Jackson put Jake Coomes through clear on goal to slot in the equaliser. Minutes later Henley were 2-1 up with another calm finish from top goalscorer Coomes.

The Lions’ tails were up with good phases of play keeping the ball but on the break Somerset got away and pulled level again going in to half-time.

The second half was an edgy, end-to-end affair. With four minutes remaining Gabriel Maslen burst down the right wing and pulled the ball back across the goal, a dummy of a shot from Leo Gierczyk opened up a yard of space for Joe Milligan to fire home the winner in the bottom corner.