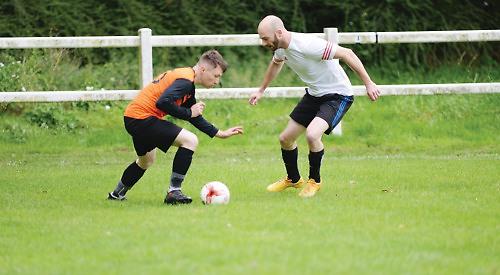 HENLEY TOWN dominated from start to finish in their Reading and District Sunday League Division 1 clash against SC United.

Having missed several chances to take the lead a ball played forward by George Chaplin released his brother Thomas who calmly slotted in past the keeper to ease Henley’s nerves.

George then was able to pick out Aaron Brittain, who made a run inside Sonning Common’s fullback, who then beat a man before scoring into the bottom corner. Tom Essam then made a driving run into the box before squaring the ball to Ben Harwood who sent his shot crashing into the roof of the net from 12 yards.

Henley captain Josh Collins played a ball out wide to Thomas Chaplin, who beat the fullback and had his attempted cross blocked only to smash in the loose ball to make it 4-0. Thomas then turned provider, crossing to the back post for Hugh Barklem to head into the top corner.

Sonning Common grabbed a consolation goal from a free kick with virtually the last kick of the game.