Watlington get their league campaign off to winning start 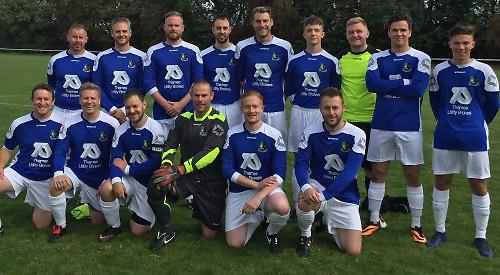 The hosts began the match sluggishly and were punished during the first half by two strikes from Uffington forwards Liam Mullins and Ethan Thomas.

The hosts created some half-chances in the first half, but had not truly found their feet in the game and went in at the break 2-0 down.

A much improved performance in the second half saw Town begin to dominate proceedings and threaten to get a foothold back in the game. They eventually took their chance to reduce the arrears, when Josh Heycock’s corner was flicked over the line by Chris Little. Minutes later and Town were level, when Fraser Wilson latched onto Gary Deighton’s long clearance, and from the edge of the box dispatched the ball with accuracy into the far corner of the goal.

The home side eventually edged in front, as Gabby Heycock’s speculative strike was deflected past the visitors’ keeper, to make it 3-2. Josh Heycock added a fourth late on to make the game safe for Town.