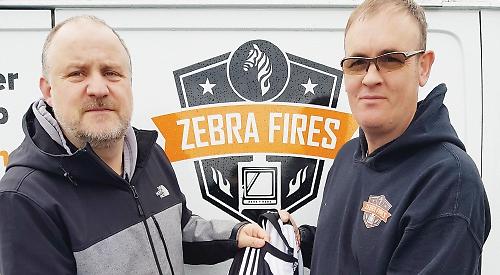 WOODCOTE/STOKE ROW’S unbeaten run was extended to seven matches as they knocked Newbury out of the Berkshire Trophy Centre Senior Cup on Saturday and in so doing scored seven for the second time in three weeks.

In an incident-packed cup-tie Woodcote attacked from the start without seriously threatening the Newbury goal and it was first blood to the visitors as in their first attack, after 18 minutes, they made it 1-0. Stand-in goalkeeper, Mark Hughes, couldn’t hold on to a stinging shot and a Newbury forward rushed in to plant the ball in the net.

Woodcote went straight back on to the attack and after good efforts by Jake Tucker and Andy Bullett, they made it 1-1 on 25 minutes when Tucker cut-in from the right and scored with a chip over the keeper. Seven minutes later it was 2-1 as Tucker crossed and a defender succeeded in diverting the ball into his own net.

On 35 minutes Woodcote looked to have put the tie beyond Newbury as they made it 3-1. Youngster, Negus McCabe-Williams was put through by Jake Dillon and rode a robust challenge before slotting home.

However, with half-time approaching, Newbury narrowed the gap to 3-2 after Andy Bullett’s pass was intercepted.

Three minutes into the second half Woodcote made it 4-2 when substitute, Patrick Gardner, only on the field from the start of the half, burst through Newbury’s back line to score a fine individual goal. This lead was increased to 5-2 on 60 minutes when McCabe-Williams’s unselfish cross enabled Mike Davies to tap home.

Newbury hit back again to make it 5-3 and they were then awarded a penalty on 73 minutes, when Sam Green was adjudged to have fouled a forward and the spot kick was converted to make it 5-4.

Newbury scented an opportunity to win the tie and gave the home supporters a few anxious moments before a sublime early cross, on 80 minutes, by substitute, James Worsfold, found man-of-the-match McCabe-Williams who made no mistake from close range.

In the final minute a Newbury player was shown a red card for dissent following an earlier yellow card, and right at the death Gardner was played in and kept his cool to round the keeper and make it 7-4.