Debutant keeper unable to save Town from heavy loss 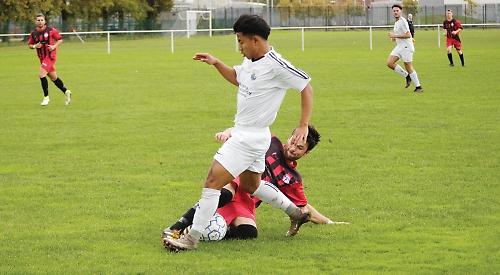 HENLEY TOWN went down to another heavy defeat in Division 1 East of the Hellenic League last Saturday against Chalfont Wasps.

Before the match both teams and supporters stood for a minute’s silence to observe Armistice Day.

This was the second meeting between the two sides in the last three weeks with the Wasps beating Henley 6-0 at Crossleys last month.

The visitors took the lead in the 12th minute when a long ball down the middle caught the Town defenders napping and the prolific Chris Hurst ran through to beat Henley’s new keeper George Hunter. The Wasps made it 2-0 in the 16th minute when Urquhart headed in from a left wing corner.

The Red Kites tightened up and managed to go the remaining half hour to the interval without conceding another goal but Dan Little in the Chalfont goal was largely untroubled all afternoon.

The second half was almost one-way traffic as Chalfont made it 3-0 in the 62nd minute through Michael Green.

Henley had possession in the middle of the park and out wide but never managed a real effort on goal. The Wasps made it 4-0 in the 77th minute through Michael Benning and Hurst notched his second goal in the 82nd minute. In the remaining minutes Mason Wright and Ryan Welsh scored to complete the rout.