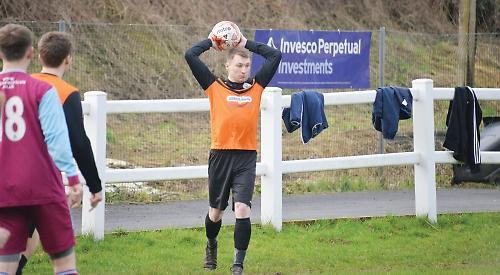 The Sunday side defeated LOWFIELD GREEN 2-1 at the Triangle Ground.

The hosts started brightly and just after the 10-minute mark they were awarded a penalty after George Carter was bundled over in the box after a strong run. Liam Painter converted the penalty to take the lead.

Lowfield then started to get into the game and after 30 minutes they were also awarded a penalty but it was missed.

Goalkeeper Arron Stevens made a great save to the bottom right of the goal to deny the striker. Then the lead was stretched further when Aaron Brittain made a run down the left and cut in with a powerful strike that Lowfield’s keeper could only parry to Harry Douglas who smashed into the top right to make it 2-0.

The visitors grabbed a consolation goal when their number three unleashed a volley from 20 yards to make it 2-1.