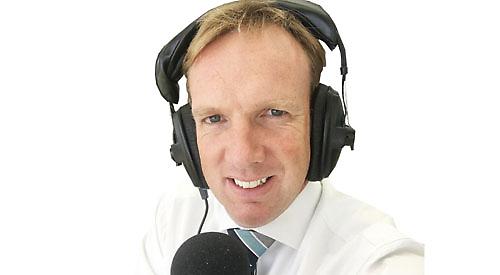 JUST 84 wonderful days after the circus last rolled out of town, it’s back this Saturday. How much have you missed it? The Cricket World Cup, Royal Ascot, Henley Royal Regatta, Wimbledon, The Open — be honest, you haven’t given domestic football a second thought. Perhaps in this case absence does not make the heart grow fonder, but you’ll only realise what you were missing when it’s back.

Reading start their Championship season a couple of days after the first Ashes Test of the summer got underway. You will hear people say how early that seems, but actually football has commenced on the first Saturday in August for decades. Regardless, it still seems more the time of year for buckets and spades, or ice creams and sun beds, than flat back fours and the managerial merry-go-round.

Bluntly, Reading fans’ expectations going into this new season ought to be modest, to put it politely. For the last two seasons Reading have finished only a whisker above the relegation zone. Jose Gomes is a good manager and the most likeable of chaps, but not a miracle worker. We must wait and see if that is enough this time.

The problem is recruitment. For most of this summer there has been a rather vague transfer embargo in place. That is a consequence of some rather vague spending during the carefree Ron Gourlay 18 month reign. The owners were guilty of sleeping at the wheel, in allowing one rogue chief exec to go wild with the cheque book, but it is more convenient if everyone overlooks that as Dai Yongge and his sister are still in charge.

The Football League bosses like to flex their muscles when a club runs up squillions of pounds of debt, and they have done that by inferring, indicating, and loosely decreeing, Reading must not spend anything this summer. Jose Gomes in the transfer market has been like a Tinder user unable to swipe right. All very frustrating watching the most attractive recruits disappear to other suitors while things here are jammed.

Be under no illusions; Reading only avoided relegation last season because they got five top calibre loan signings into the squad in January, and then remarkably Gomes managed to integrate all of them to produce superb performances on the pitch. Without them Reading would be off to Oxford United, or some other League 1 backwater, this weekend.

That said, the exuberance and energy of youth may be refreshing. Out in Spain for a fortnight the squad seemed realistic, upbeat and tight-knit. Opportunities to hungry players eager to prove their worth, rather than some older players who have at times looked jaded and entitled, is a far more positive starting point.

Saturday’s opening day opponents are Sheffield Wednesday, who with Steve Bruce’s mid July departure have endured their own problems. Start well, foster some belief and get players and fans excited and the world is Reading’s oyster. Start slowly, look a bit disorganised or inexperience, and it will be a long way back.

Fasten your seatbelts. This fight will hit turbulence, but fingers crossed for a safe landing in May 2020.