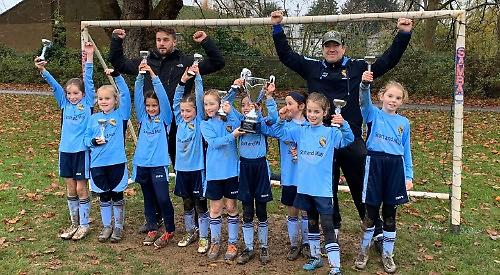 WARGRAVE WOMAN AND GIRLS U9s have won their first tournament.

The Lions and Tigers competed in their first Autumn Cup and Autumn Trophy competition held at Kensington Road in Reading. Both the Wargrave teams played extremely well with some close games and hard-fought victories. Last weekend the Lions managed to reach the final of the competition and faced a strong Caversham team who had previously beaten them 4-0 a few weeks earlier.

The match proved to be Wargrave Lions’ opportunity to reverse the previous meeting as they emerged victorious with a 4-1 victory to secure their first cup competition.