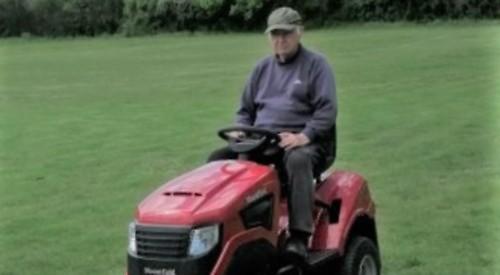 The football club, which is for boys and girls aged four to 18, received the money from South Oxfordshire District Council and Sport England.

Due to the coronavirus lockdown suspending all sports activity indefinitely, AFC Henley faced a “substantial” loss of income during the summer term.

With fixed costs payable of nearly £7,000 up to the end of July, the club had a grant request accepted of £6,800 from Sport England’s community emergency fund.

Trevor Howell, chairman of AFC Henley, said: “Whilst we are optimistically preparing for the re-start of grassroots football from September, we are unable to provide our range of football coaching modules during the summer term.

“The loss of revenue puts our financial viability at risk, especially if government restrictions on sport continue beyond the start of next season.”

The club also received £2,000 from Stefan Gawrysiak as part of the district council’s councillor grants scheme, which it puts towards the purchase of a new ride-on lawnmower.

This was bought from the Toad Hall garden centre in Henley at a cost of £2,400 and will be used on the club’s six pitches at Jubilee Park and the Henley YMCA pitch, which it took over on October under a three-year lease agreement.

Howell said: “Having good equipment makes the maintenance task much easier for our groundsmen. It also means we can keep the grass pitches in much better condition, enhancing the playing experience for our members.”