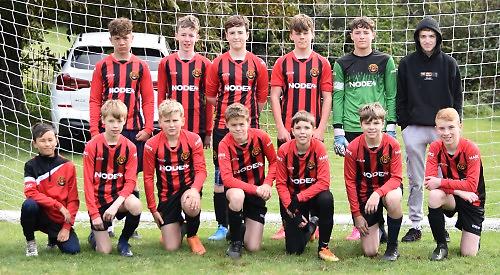 The Hotspurs, captained by goalkeeper Ben Palmer, started the game strongly and never looked back.

By half time they were 6-0 up with a hat-trick from Lucas Shaffner, two goals from Taro Finch and another from Jake Williams.

The relentless attack on the Yateley goal continued in the second half with two further goals for Shaffner, two more for Williams and one more from Finch.

Tyler O’Brien also got on the scoresheet with an impressive solo run and strike from the edge of the box.

The attacking strength of the team was equalled by a strong display at the back from the defence with Max King, Sam Carter, Harry Wildgoose and Freddie Piasecki controlling the backline faultlessly.

The midfield unit, led by man-of-the-match Max Cranstoun, was strong and first to the ball throughout the match, with Lucas Hendley winning headers and Tom Francis making mazy runs down the left wing.