Sloppy defending is costly for Hurricanes 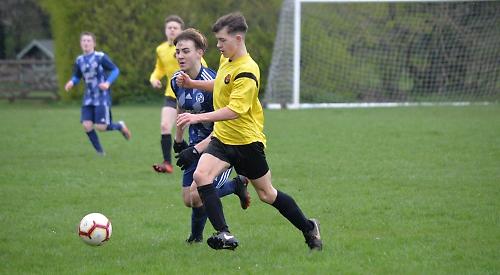 AFC HENLEY HURRICANES U18S returned to their Harpsden ground for the first time since January against Burghfield CSA Royals on Saturday.

Burghfield started the stronger of the two, dominating play and pushing the Hurricanes back with a much higher tempo than the hosts and were soon rewarded with a goal after five minutes.

Henley were rocked but not cowed as Justus Larter and Casper Clark bravely took the game to the visitors, despite being on the end of some robust defending.

The midfield of Tristan Flower, Lucas Pestana and Jack White also started to get on the ball more and influence the game.

Eventually, Archie Barker and Joel Trinder’s pace started to stretch the Burghfield defence with Trinder going close before converting Barker’s cross to level the scores at 1-1 at half-time.

After the break, Henley started well but were undone by some sloppy defending against the run of play which led to a scrappy Burghfield goal. This roused the Hurricanes again and they fashioned a number of chances, including a one-on-one with the goalkeeper but Pestana missed.

As Henley continued to press forward, Burghfield countered with their third to take the game 3-1.