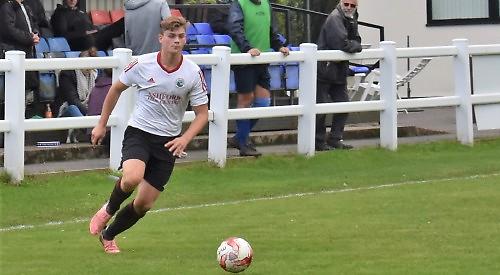 ROTHERFIELD UNITED went down to a 2-0 defeat away at FC IMAAN LIONS in last Saturday’s Division 1 clash.

Henley started the game on the back foot and struggled to maintain possession of the ball in the opening 10 minutes.

Once Henley started pressing higher up the pitch they were soon rewarded with a goal after Charlie Douglas forced the Richings Park defenders into a mistake that allowed Jack Woodley to score from close range.

Henley doubled their lead when a Jake Jokes corner was flicked in at the near post by Charlie Douglas.

At 2-0 up Henley started to play some good football and dominated the remainder of the first half.

The second half didn’t start well as Richings Park pulled a goal back from a free kick. Henley were on the back-foot for the next 10 minutes and did well to keep their lead after some good defending from the back four and Mike Classen in midfield who made several good tackles.

Harry Geyton was brought on as a substitute and made a near instant impact when he picked the ball up from 40 yards and made a solo run into the box and finished calmly to make it 3-1.

Fellow substitute Harri Douglas also made an instant impact when he scored goal with his left foot from more than 40 yards out.

Richings Park scored a second goal with five minutes left on the clock.

HAMBLEDEN maintained their 100 per cent record in Division 3 as they won 2-0 away at PANGBOURNE.

Rowan Stacey, who was returning from a shoulder injury, and Jonny Openshaw both had early chances for the visitors.

Pangbourne created several chances early in the game but it was the visitors who took the lead on the half hour mark when a Liam Painter free kick was headed home by Openshaw.

Five minutes before half-time a Stacey corner was headed home by Louis Drake to make it 2-0.

Just before half-time Manuel Pinto pulled off a good save for the visitors.

Hambleden dominated the second half with Nathan Horder and Openshaw both testing the home goalkeeper with one-on-one situations whilst Dudley Powell dominated the central midfield with a series of good tackles.

Elsewhere in the division, GORING UNITED RESERVES ran out 3-1 winners at WHITE EAGLES. Josh Wiltshire, Dan Wallace and Jack Read-Wilson were the scorers for the United.