Falcons have the edge 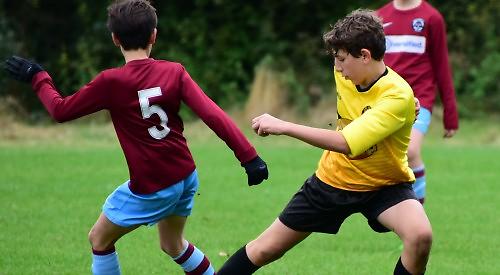 HENLEY HURRICANES U13s went down to a 2-1 home defeat against BERKS COUNTY FALCONS U13s on an overcast morning last Saturday.

For the first 25 minutes the balance of play was very much in favour of the Hurricanes with the attacking midfield of Joe Woolhouse and Ben Wilson trying to penetrate the ball through the gaps in the County defence.

On the occasions when a way through was found a combination of good scramble defence and wayward finishing kept the score locked at 0-0. Late in the half County took the lead with an unmarked player lobbing smartly from just outside the penalty area.

In a tight game, the score remained the same until midway through the second half. In a defining passage of play the Hurricanes thought they had won a penalty with White left on the ground inside the area but play carried on and within 15 seconds a deflection and a spinning ball at the other end tipped the game towards County as they went 2-0 up.

The Hurricanes rallied when Lane found the bottom corner with a well taken goal but they could not find an equaliser.