Hosts hit back to stop Teddlothian Jaguars in their tracks 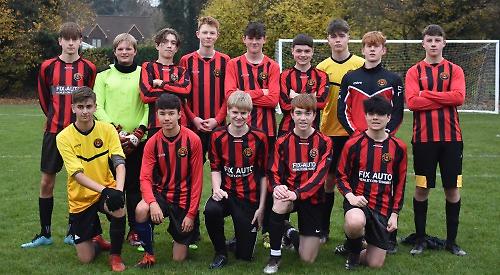 The visitors took the lead with an early goal from their first attack following a good run and shot.

The Hurricanes were creating chances and scored an equaliser by Archie Smith from the penalty spot after a foul in the box.

Soon after Danny Mcallister’s angled drive put the home side in front and a deserved 2-1 lead into the half-time break.

Hurricanes couldn’t find their tempo in the second half and only a double save from James Preston in goal prevented an Teddlothian equaliser.

Ewan Knight was moved up to midfield and he crossed the ball for man-of-the-match Jack Carter to score a third.

The final 20 minutes were battled out with few chances as the Hurricanes took all three points.