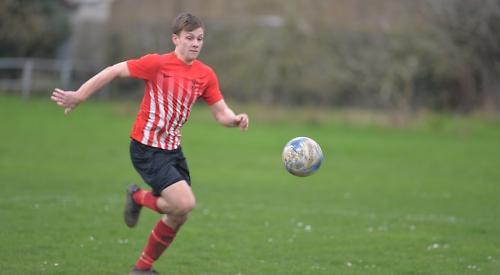 SLEET and snow showers led to 10 of last Saturday’s league fixtures being postponed.

Of the matches played, WARGRAVE ran out 7-1 winners in their Premier Division clash at the Recreation Ground against visitors WRAYSBURY.

Both Joe Wigmore and Sam Wild netted hat-tricks for the hosts whilst Stuart Moss also got his name on the score sheet in the win that saw George Hepburn sent off.

In Division 3, HAMBLEDEN RESERVES leapfrogged SB PHOENIX A into seventh place after running out 4-1 winners at the Dene.

Gabriel Pinto netted twice late in the first half whilst Zodey Sabijan and Alfie Wallis were on target for the hosts in the second half.

Elsewhere in the division GORING UNITED RESERVES went down to a 3-2 defeat at ROBERTSWOOD. Alex Halsey and Jonathan Nicholas were on target for the visitors.