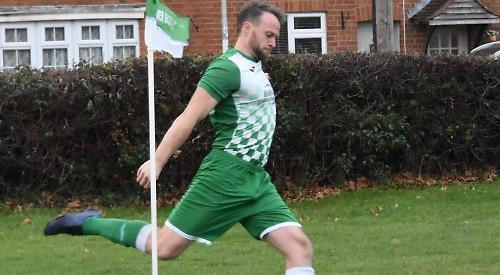 EMMER GREEN progressed to the semi-final of the Industrial Cup after beating BURGHFIELD RESERVES 4-0 at the Recreation Ground last Sunday.

The home side began the game on the front foot and took the lead when a good team move ended with Liam Lukeman curling a 25-yard shot in the top corner.

Emmer Green extended their lead shortly after when a corner was headed back across goal by Ben Cousins to Jordan Lovelock who poked home to make it 2-0.

Emmer Green were in the driving seat and made it 3-0 just before half-time. Daniel Donegan played the ball across the box and after some good work from Jack Drinkwater combined with scrappy defending the ball fell to Lovelock who fired home.

After the break Luke Potter added the fourth goal of the game to cement Emmer Green’s place in the semi-final with a precise finish into the bottom corner to leave the keeper no chance.

GORING UNITED made progress in the Oxfordshire Sunday Cup after running out comfortable 6-2 winners away at RIDGEWAY ROYALS.