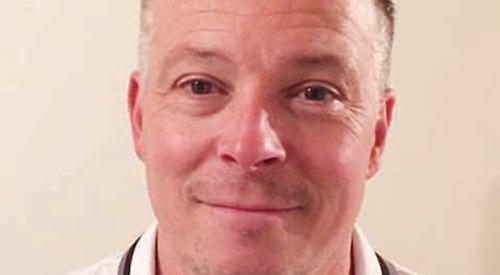 Creech, who played as a fullback for the Red Kites in the Nineties and again in 2005, will replace Gerry McGinty, who left the club last month to become youth team manager at Football League club Barnet.

The 45-year old from Reading holds a UEFA B licence and was formerly first team coach at Hungerford Town. He has also had playing spells with Peppard, Thatcham and Reading Town.

Henley currently sit second from bottom of the division with just three wins from 17 games this season.

Creech took charge of the side for the first time in a one-off charity cup game against Woodcote/Stoke Row at Mill Lane on Tuesday night, which the hosts won 2-0.

The new Town boss said: “I wanted the opportunity to get into this level of football, I’ve done kids’ coaching but I wanted to test myself at a higher level.

“I know the club, I know it’s well-run and it’s always been a good place to play. The facilities are decent and I already know a few people at the club.”

Creech attended several games before taking the job and says he is confident he has the players to avoid relegation.

He said: “One thing that stood out was the desire of the players, they just need a bit of organisation. Once I can instill that I can see results improving.

“We had one training session last week and the match on Tuesday. They seemed to be well up for it, they all want to do well and I can work with that.

“It’s when you haven’t got the desire that you’re really against it but they all have good attitudes and there’s plenty to work with.

“I told them there’s no reason we can’t stay in this division, we’ve got good players and we will try to add one or two others as well.”

Henley face fourth-place Highworth Town at home tomorrow (5) and Creech says he is expecting a tough game. He said: "I went to see them last week, they are a big, strong, powerful and quick side so we will be up against it.

“I’ve got no worries about us competing with them but it will be a difficult game.”

The FA pro licensed coach had been working at the club since April and in July replaced former manager Craig Sumner, who stepped down due to work commitments.

Chairman Kim Chapman said he interviewed 12 people for the role and Creech was the outstanding candidate.

He said: “It was a choice between one or two but he came over the best, it wasn’t a hard decision.

“We wanted to get somebody in place to push the club forward. I think he can do great things.”