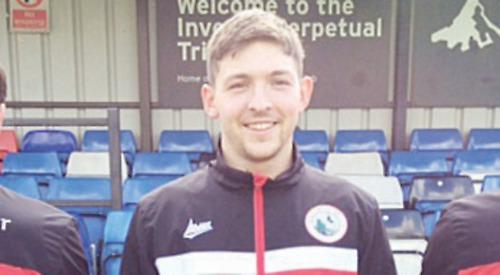 The Red Kites, who have won just three Uhlsport Hellenic League Premier Division games this season, came under early pressure from the high-flying hosts and were beaten by two quickfire goals in the first half.

But the visitors regrouped and held their own in the second half, going close to reducing the deficit with a Reece Buckett header.

Henley started on the back foot and only a combination of good goalkeeping from Matt Hill and bad finishing from the home side prevented them falling behind.

Hill had already saved well from Bradley when the forward, who played professionally for teams including Mansfield and Swindon, forced the ball over the line at the second attempt following Will Wellon’s knock-down.

Buoyed by the goal, the hosts doubled their lead soon after, Bradley producing another scrappy finish from strike partner Gareth Jones’s pass. Henley battled to stay in the game and some resolute defending saw them go in at the break just two goals down.

The visitors improved in the second half and saw Buckett’s header from Chris Nelson’s cross fly narrowly over the bar.

Tuffley were lucky to end the game with 11 men, as assistant manager Shayne Anson was only booked for a reckless challenge.

Defeat left Henley second-bottom in the table with 12 points from 20 games. Speaking after the game Henley manager Rob Creech said: “It was a game where neither team was on top apart from the first 15 minutes. It was a game of few chances and we didn’t really trouble their goal apart from Reece’s header.

“We’ve been conceding too many early goals. If you take the start out it was a 0-0 draw away from home against a top-six club.

“We have just got to start quicker in games because it’s leaving us on the back foot and costing us games.”

Creech added that Henley’s winless run in the league could be affecting the players, despite several wins in the cup in recent weeks.

He said: “It’s definitely on their minds, one or two have mentioned the league form and how we can’t produce results. We just need to put that to one side and concentrate on improving our performances.”