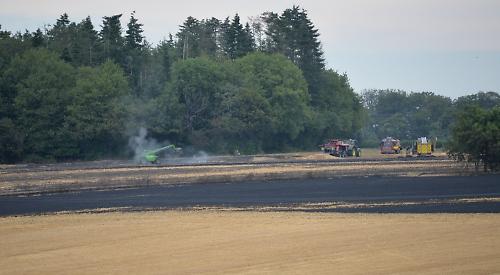 A BLAZE swept across a straw field near Frieth.

Fire crews from Henley, Beaconsfield, High Wycombe and Maidenhead were called to the scene off Parmoor Lane at 2.45pm on Friday. A water carrier from Wheatley also attended.

The blaze affected about 10 acres of stubble and destroyed large bales of straw but was prevented from spreading to other fields. The land is owned by Little Parmoor Farm.

A spokeswoman for Buckinghamshire Fire and Rescue Service said the cause of the fire was accidental.

It is the fourth field fire in this area in as many weeks.

Twenty hectares of arable land at Shiplake Row were affected by a fire on July 26 after a baler and a tractor both caught alight.

Eight fire crews battled a blaze on farmland in Kidmore End on July 22 after a bonfire spread and 800sqm of farmland in Ewelme was hit by fire on July 14.