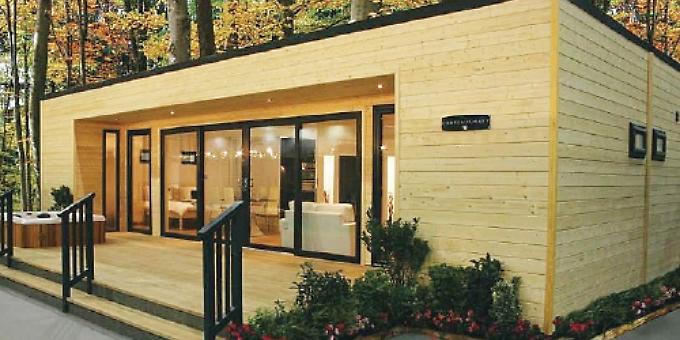 LOCAL businessman Richard Hazell left school 60 years ago, a little sooner than the law allowed even in those days, in order to start his own small enterprise.

Felling trees, splitting logs and selling them to households in Woodcote and Whitchurch Hill, he managed to earn five pounds a week.

Now his business interests include civil engineering and road construction, farming 1,000 acres with a herd of over 600 beef cattle, and property investment.

From an income of £5 a week, turnover is now in excess of £20million a year. With a staff of 150 managers and skilled operatives Richard Hazell is one of the largest employers in Woodcote and the surrounding area.

Richard recalls: “When I started my business I saved every penny I could to buy my first lorry from Norman Cox. I remember it cost me £20 but Norman gave me £1 back for good luck, but it made my tiny business much more efficient.”

Richard Hazell now invests in the best equipment money can buy. His huge fleet of modern yellow and blue lorries not only provide a familiar sight on local roads but they range over construction contracts from Devon and Cornwall, Kent, Suffolk and up to Scotland.

Locally, work is also undertaken for the Royal Parks in Windsor, as well as many county highway authorities.

When Richard Hazell was asked what makes him tick, what provides the greatest thrill, he freely admitted that his priorities had changed over the years.

His pride and joy apart from his herd of cattle is a collection of vintage steam lorries, traction engines and agricultural tractors.

As day to day management of the businesses is gradually handed over he is able to look at local projects that allow him to put something back into the community where he grew up.

Richard explains that when the tenancy of the Sun public house in Whitchurch Hill became available he suspected that it would end up closing, leaving the local community without any facilities. The pub was his local, so he bought the freehold to “keep it alive”.

“This is one pub that will never close in my lifetime,” says Richard. “Local people will now always find a good pint without leaving the village!” Richard has now turned his attention to the issue of local housing affordability.

He says: “The Zoopla website shows the average house price in Woodcote as £542,000. How can any young person afford this sort of price?”

Richard believes part of the solution is offsite manufactured homes.

“We succeeded in housing 1.2million families after the war in prefabs — that sort of effort is clearly required again.”

Richard further explains: “Park homes could help meet the need. While these are technically considered to be caravans they are in fact offsite manufactured dwellings.

“New legislation covers the management of Park Homes sites to give occupants full security and 10-year structural guarantees are as good as warranties on brick-built homes.”

Richard is hoping to provide 16 park homes on a site in Woodcote. He has already made arrangements to assist first-time buyers with securing finance for a park home. Retirees trading down will probably be cash purchasers, having sold the family home for twice the value of a park home with the surplus used to fund retirement. A planning application has already been submitted for this first offsite manufactured home project and Richard says that as many of his family are also local residents he sincerely hopes this will help move Woodcote forward in meeting its desperate need for homes.

“IT is generally speaking always so much better to pick a local firm when maintaining or updating ... [more]

Landscaper can tackle any job in garden

Experienced landscaper can tackle any job in your garden