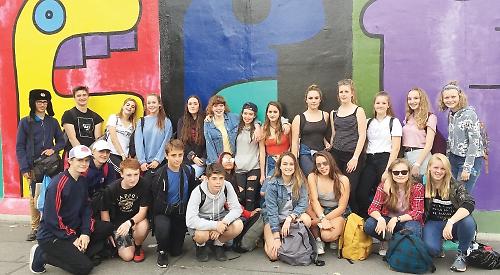 “There was a sombre visit to the Gedenkstätte Berlin-Hohenschönhausen, the memorial for the victims of the Stasi, the former East German police force, but also lighter moments, such as bowling on the Alexanderplatz while eating ice-creams, admiring the wonderful roof of the Sony Centre on Potsdamer Platz and being the backing group to a singer on the Hackescher Markt!”