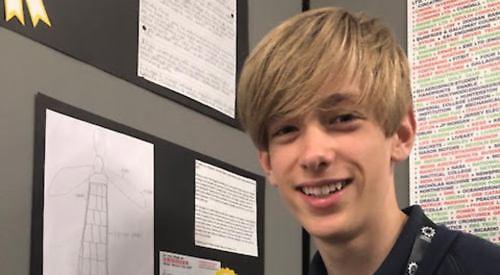 CAMERON MACDONALD, a year 9 student at Gillotts School in Henley, won his age group in the Leaders Award secondary engineering competition for the South of England.

Pupils in year seven to 11 entered the national competition in which they had to take part in a live stream interview with mechatronics engineer Jenny Roberts, of Gaist Solutions, find a problem, invent a solution, then design and explain it.

He was presented with his trophy at an awards ceremony at Southampton University, where his work was displayed in the Leaders Award public exhibition.