Celebration to mark centenary of girlguiding in village 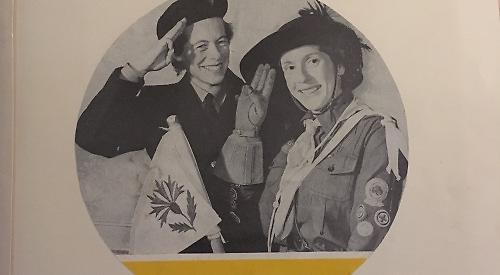 A CELEBRATION to mark the centenary of girlguiding in Wargrave will be held tomorrow (Saturday).

Current and former members of the 1st Wargrave Guides will attend the event at the guide hut on the village recreation ground.

There will be an exhibtion of memorabilia such as old photographs and artefacts as well as crafting activities and food.

Girlguiding in Britain started in 1910 and the Wargrave group began in 1919.

Tamsin Phipps, who has been leader for 16 years, said: “We have been doing girlguiding for 100 years now, which we think is a significant achievement.

“We are hoping to see lots of people at the celebration.”

Among the artefacts will be a scrapback from 1960 which has names and photographs of guides at the time and was provided by a former member.

It was an entry in a Berkshire-wide competition to mark 50 years of girlguiding nationally.

Mrs Phipps said: “We have had lots of other things sent to us, such as old uniforms and photographs.” Tomorrow’s event is the latest in a series to mark the centenary. In July, the girls went on a special camp over a long weekend and the troop also held a competition to design a centenary badge.

Mrs Phipps said: “We have learned a lot about how the badges have changed. In the old days they had beekeeping and maids badges, which are not as relevant today. Now there are things like an environmental badge, so the organisation has evolved over time.”

The guides aims to give girls new skills by helping other organisations and going on trips, which this year was to Canada.

Mrs Phipps said: “Seeing the girls grow from youngsters into young women has been a fantastic privilege. I like the fact that we can help the lives of young people and you can see them change and grow and give them confidence.

“By giving them a variety of experiences, you set them up for what comes next in life and hope they will find something they are passionate about.

“A lot of what we do is led by the girls themselves. They make their own decisions.”