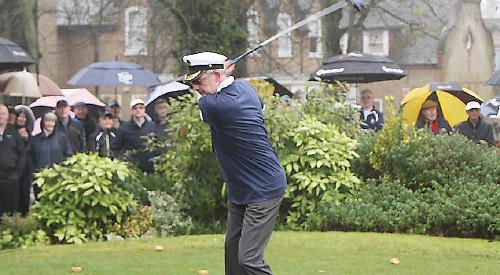 Haddock, who took over from Paul Woollard, started his year of office after the club’s annual general meeting. During Woollard’s year in office he raised £6,300 for the Louis Owles fund through a variety of events supported by members of the club.

The inauguration of Haddock saw the traditional captain’s drive-in, a fun day with 116 golfers competing in the Texas scramble. The winning team, with a score of 56.6 points, comprised Carole Searle, Calum Miller, Mike Wood and Terry Jacklin.

Haddock announced that the Chiltern Centre, Henley, will be his chosen charity for the year. On the day, a total of £1,350 was raised for the charity through the raffle, auction and spot the drive competition.