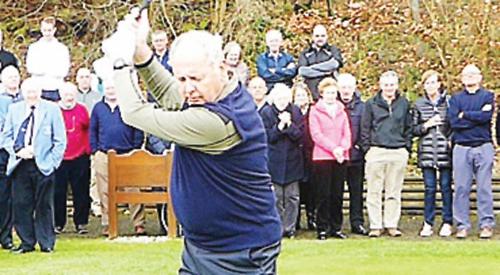 NEW Henley Golf Club men’s captain Paul Goddard drove off into his year of captaincy with a drive which won a bottle of whisky for club member David Lawrence who guessed the nearest resting place of the drive-in ball.

Before the drive, the club held a team stableford competition, won by the quartet of Alan Wilson, Dave Griffin, Ian Heggie and Peter Muhley who scored 84 points despite their low handicaps.

Runners-up were the team comprising Rob Ellerby, Kelvin Logan, John Mitchell and Peter Gould with a score of 79 points.