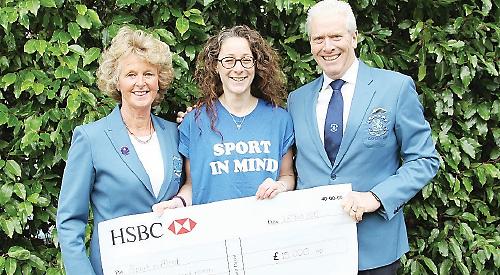 Henley Golf Club captain Roger Hudson and ladies’ captain Sally Woolven raised more than £18,000 for their chosen charities in their year of office.

The main beneficiary mental health charity Sport in Mind, which is based in Reading.

A cheque for £15,000 was presented to Laura Brooks who expressed her gratitude on behalf of the charity.

The captains’ charity Rio Olympic ball held at the club in October raised £10,000 and additional funds were raised at the pro-am even in July, coffee mornings and other social events held throughout the year.