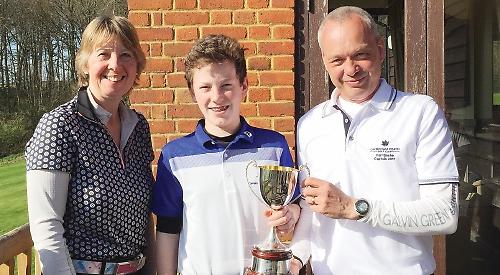 Smith scored 13 pars and one birdie in his net 70 to win by three shots from new ladies’ captain Angela Adamson with net 73. Third was Colin Stoute with net 75.

There were tight finishes in two of the three divisions in the weekend medal.

In Division 1, Jonathan Fleming held off the challenge of Philip Beresford and Joseph Sicheri to take the top prize.

The team of Andrew Parker, Mario Atkinson, Dennis Sunderland and Alan Kennealy stormed to success with 57.6 points in the Captains’ Farewell event which raised £7,317 for the Captains’ Charity, Parkinson’s UK.

Runners-up were Matt Gibson, Greg McDonald, Paul Lobban and Debbie Harris with 58.5 points and third were the team of Jonathan Fleming, Santiago Fernandez-Garcia, Duncan McDonald and Angela Adamson with 59.4 points.