Haddock and Palmer pair up to win alliance cup 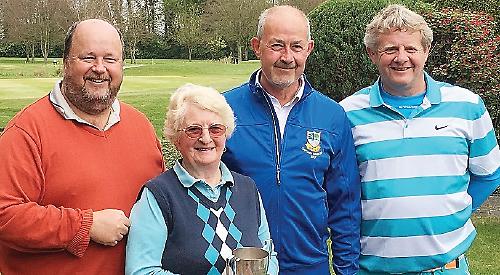 Harewood Downs was again the venue of another success for Badgemore Park, the visiting team prevailing in the club match with a four-and-a-half to one-and-a-half win.

Not to be outdone, the seniors section team won away at Chobham, 4-2, but were unable to maintain their winning streak later in the week when succumbing four-and-a-half to one-and-a-half away at Donnington Grove. With all the recent course upgrades now fully in play, a big field competed for the spring Florida scramble and the team comprising Sue Cheale, Derek Brown and Keith Cheese triumphed.