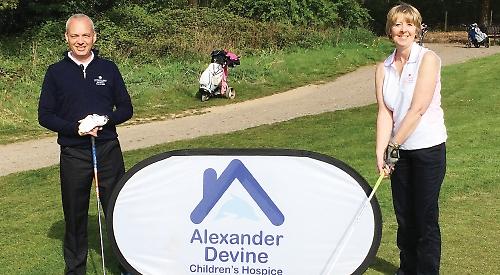 JONATHAN Burnett held off the challenge of Philip Beresford to win the Shah Cup at Caversham Heath.

Burnett clinched the cup on countback on the back nine from Beresford, both with 38 points.

Beresford won Division 1 with halves of 21 and 17 points. He amassed his total of 38 points despite scoring a 10 on the par four 14th hole. He shot three birdies and seven pars. Runner-up was Mike Capaldi with 36 points. Third was Matthew Brakspear on countback from Michael Lamb, both with 35 points. Brakspear shot nine pars, including five on the bounce to end his round, but also recorded a nil return.

Burnett’s 38 points was enough to take Division 2. John Purnell was second, on countback from Andrew Robertson, both with 37 points. Purnell had one nil return while Robertson doubled bogeyed the last hole.

James Walker shot a net 66 to win Division 1 of the May weekend medal on Sunday. Runner-up was Will Tate with net 68 and third was James McGiveron with net 71 – including an eagle three on the par five 11th hole.

It very tight in Division 2 with only two shots separating the top eight. Duncan Mee secured the top spot with net 76. Christopher Searle was only a shot behind with net 77 while Richard Monk took third place on countback from Luke O’Brien, Neil McAllister, Dennis Sunderland, Kevin Allaway and Jonathan Denning, all with net 78.

Division 3 winner was Kevin Iremonger with net 69. Second was Jason Springer and third was Jim McGiveron with net 76.

Darren Bonney claimed the honours in Division 1 of the midweek medal with net 72, including 12 pars and one birdie. Second was Brian Morrison with net 72 and third was Shaun Wharton on countback from John Davies, both with net 74.

Division 2 winner was Simon Dicketts with net 73. Runner-up was Lyyne Rumbold on countback from Jeanette Taylor, both with net 74.

Lynne Rumbold and Jeannette Taylor were also involved in the battle for top spot in the ladies’ Stableford with Rumbold getting the nod with 38 points. Taylor was runner-up with 36 points and third was Pamela Stapeley with 34 points.