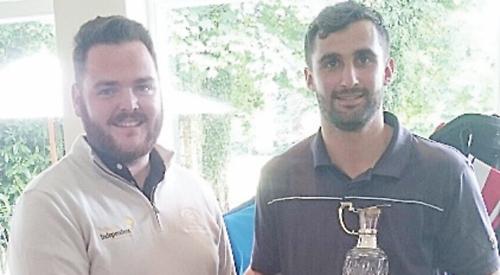 The midweek medal was a close fought affair with Roger Moore just edging Mervyn Hardman on countback with a net 70 and Steve Clark, third with 71. In Division 2 the early starters prospered with John McConnell winning with 35 points from George Doran (33) and David Woodyer (32).

In the midweek mixed greensomes, competed for by 18 pairs, the winners were Diana Mann and David Weston with 39 points. Sue Cheale and Steve Clark were second with 37 and Jeanne Heald and Alan Jenkins third with 36.

The weekend saw the professionals team at Badgemore host their annual ‘pros day’. As in previous years this was a well subscribed event with 70 entrants taking the field.

Prizes were available for nearest the pin and longest drive for both men and lady players with the winners being Lyle Phillips and Marion Denby (longest drives) with Darren White and Lesley Shurman (nearest the pin).

The overall competition winner was Will Jones who scored 44 points in the Stableford format winning from Owen Saunders (39), Eric Marwood (39), Darren White (38) and John Grace (38).

Badgemore Park rounded the week off with a win away at Sand Martins Golf Club, securing the John Moore Trophy with a five to one win.