Moore and Norris take honours on back nine 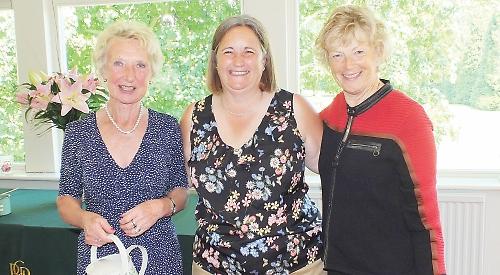 RAIN meant the start of the Badgemore Park ladies’ invitation day was delayed by two hours on Tuesday of last week as groundstaff worked to get the greens playable. When play did eventually get under way the Hadden Hill pairing of Margery Dray and Pauline Drew took the honours on the front nine with Marion Denby and Lindsay Meyer from Winter Hill runners-up. The best par three was scored by Helen Upson with Margaret Dunham from Castle Royle.

Henley’s Sarah Moore with Delia Norris took the honours on the back nine with Rosemary French and Caroline Whittaker from Maidenhead runners-up.