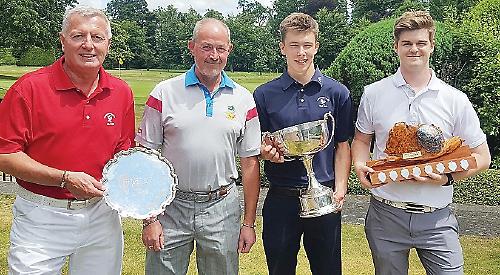 BADGMORE PARK witnessed another success from one of the club’s up and coming youngsters at last weekend’s club championships.

Two rounds, held over two days, saw 18-year-old Calum Miller emerge as the new club champion posting 70 in his first round and a creditable 77 on the more blustery Sunday to edge John Routledge by just one shot.

David Giles was third, only a single shot adrift and this was enough to see Giles lift the Directors’ Trophy with his net 133 over the two rounds. John Routledge managed second place again with his net 136 with another youngster, Owen Saunders, taking third place on net 137.