Bull enjoys a stroll in the park 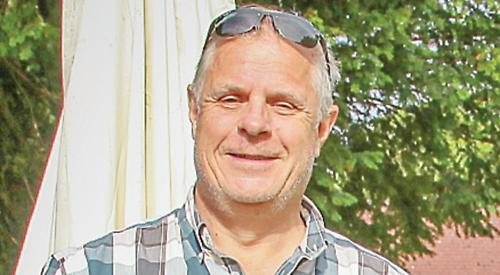 HENLEY Golf Club’s Paul Goddard held his captain’s day competition last Saturday where it proved to be a stroll in the park for the eventual winner Richard Bull.

Playing off a handicap of 17, Bull recorded three twos on his way to a Stableford score of 43 points, the highest winning total for some years.

Six-handicapper Alan Gaffney scored 40 points to take the runner-up spot which was one point better than Ian Heggie and Jason Livy. Andrew Carmichael and Nigel Woolven were a point further back in fifth and sixth spot respectively.

The 19+ section was won by Brian Douglas with a score of 42 points which was one point better than Kelvin Logan.

The ladies’ competition was won by Gill Mitchell with a score of 39 points which was one point better than the ladies’ vice-captain Ann Thomas. Delia Norris, Karen Pollard and Irene Ferretti were three points adrift with 35 points.

The junior prize was won by Angus Harris-White with a score of 40 points which was two points better than runner-up Leo Allen. Angus playing off four recorded five birdies in a gross level par score of 70.

The extra Stableford competition played on Friday of last week proved successful for John Mitchell with a score of 41 points which was three points better than John Dowty and Anthony Allen.