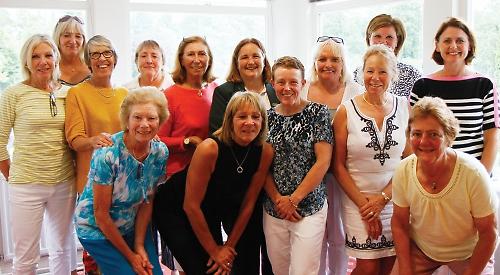 BADGEMORE Park hosted its annual pro am where 24 teams of four took part with a morning tee-off.

The professionals’ individual event was won by Gregg Blainey from Billingbear Park Golf Course, who carded 66 (-3) which included a back nine of 29. One shot further back was Joe Templer with a score of 67 (-2).

Simon McGreal from Bradfield College teamed with members of Badgemore Park, Seamus Jeffs, Jamie Toms and Vicky Prietzel to win the team prizes with a score of 120 (-18).

Recent matches against other clubs have seen the seniors team draw 3-3 at home to Chobham, the seven day men win 4.5-1.5 at home to Flackwell Heath and the mixed side securing a 5.5-2.5 home win against Henley Golf Club.

Alex Harris-White won the August men’s medal Saturday Division 1 with a score of 70 net 63. Runners-up was Leo Allen with 76 net 64 and third Darren White on 75 net 66.

Eric Marwood won the C Division with 35 points from Michael Horsepool on 33 with Graeme Cheese third with 32. The Sunday Division 1 prize was won by Pete Foster with 81 net 68, second was Calum Miller with 73 net 69 and third John Wellman with 77 net 70. Division 2 was won by Scott Arlett with 80 net 66, second was Neil Rule with 81 net 67 and third Les Hines with 86 net 68. Fred Hanham won the C Division with 39 points with Ramsay Adams runner-up with 36 and Tony Powell third on 36.

Cath Arter from Rothley Park was the overall winner of the Badgemore Park ladies’ open that was played out on Tuesday of last week. Arter won the competition — an 18 hole medal in the morning followed by an 18 hole eclectic in the afternoon — with an overall gross score of 75.