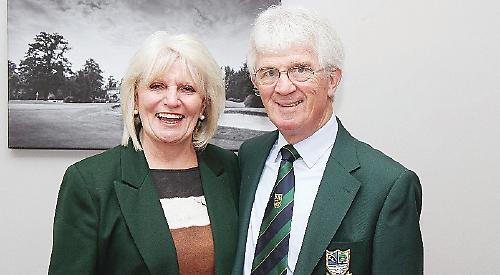 BADGEMORE Park Golf Club has appointed June Gaffney as the club’s first ever lady president for the next four years.

Gaffney’s appointment further outlines the changes at the club that has seen further major investment in the course and clubhouse as well as keeping the club at the forefront of establishing equality for all within its membership.

Speaking of the appointment, Badgemore general manager Jon Connell said: “June is following in the footsteps of the retiring president, Allan Harries, who has done an outstanding job in promoting friendly inclusivity across all sections of the club.

“June is a highly-regarded former lady captain and long-standing member whose election has been warmly welcomed and who will be an excellent ambassador for the club within Henley, the county and in the wider golfing community.”

Gaffney is well known for her enthusiasm, energy and lively sense of humour. All these qualities were demonstrated at the recent sell-out president’s day, with its Caribbean theme, complete with a live steel band and barbecue.