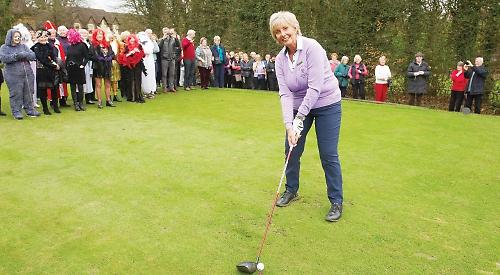 After the drive in there followed a nine-hole two-tee start Stableford competition where the front nine was won by Rosemary French and the back nine by Lisbeth Thiesen.

Beforehand a small pantomime was played by past captains and Badgemore's president June Gaffney.