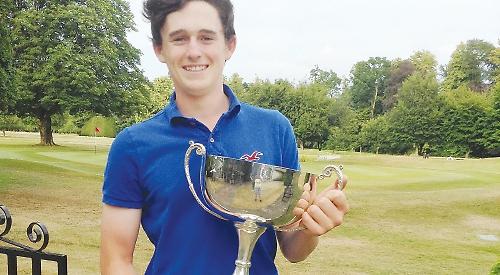 SEVENTEEN-year-old An-gus Harris-White has just completed a unique double after winning both the Henley and Badgemore Park championships.

The Henley College student, who plays off a two handicap, won the Badgemore championships on Sunday of last week having already won the Henley Golf Club crown earlier this year.

Former Gillotts School pupil Harris-White led the field after the first day with a first round score of 70, and then completed the second round with a respectable score of 76. Runner-up was John Routledge with a total score of 155.

The Directors’ Trophy for best net score was won by Arron Stevens.