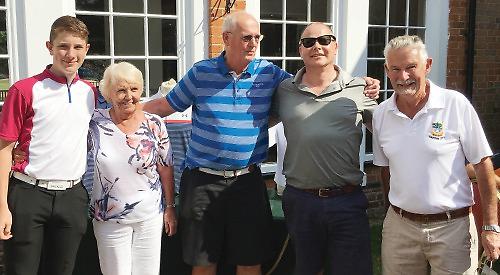 The popular event attracted 104 entrants to play in a four ball Texas Scramble format on a blistering hot day where the winning team of Owen Saunders, Norma Thomas, David Whitehead and Andy Moyes carded a gross score of 61, net 52.3. The day finished with a barbecue and charity auction raising £2,169 for Prostate Cancer UK. One auction item, won by Seamus Jeffs, is the honour of being caddie for Badgemore’s own Asa Phillips at the forthcoming Euro Pro event being played at Foxhills Golf Club.