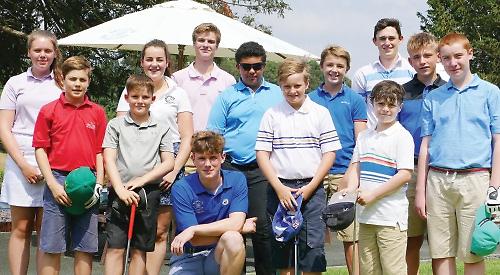 MAX Gosby, the junior captain of Henley Golf Club, held his captain’s day competition in the form of a Texas Scramble on Sunday.

With 14 participants there were two teams of four and two teams of three competing. The teams consisted of a low handicapper, mid handicapper and the higher handicappers and some good scores were recorded.

This format allowed higher handicappers to play with the lower handicappers which was a good experience for them and also allowed them to play more than the usual nine holes that they play in their own competitions.