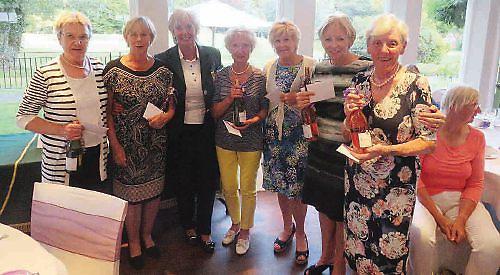 BADGEMORE Park’s ladies’ section hosted their 19th Inter Club Trophy on Thursday of last week, an event which was attended by players from 12 clubs.

The format consisted of an individual team Stableford and four of a club’s best scores would count towards winning the trophy.

The winning Team with 130 points were Clare Earthey from Oakland Park, Sylvine Andrews from Badgemore Park, Jenny O’Dare from Sand Martins, and Debbie Webb from Winter Hill. The second team, with 116 points was Julia Parsons from Mapledurham, Gail Fuller from Castle Royle, Barbara Salisbury from Reading, and Bryony Moore from Harleyford.

The best individual score for the lady who had not won a team or club prize, was Ann Clutton from Sand Martins with 33 points on countback.