Endersby has the edge to secure top prize 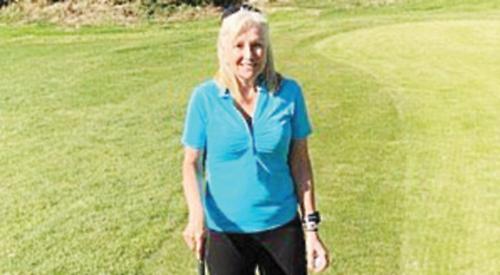 JOHN ENDERSBY recorded five pars and a birdie on his back nine to clinch the Midweek Stableford Division 1 top prize at Caversham Heath on Wednesday of last week.

Endersby finished with 40 points (halves of 16 and 24 points) and won by one point despite also having a nil return. Runner-up was Philip Beresford with 39 points, a bogey on the last hole proving very costly.

Nigel Snaith claimed third spot on countback from Ben Storey, both with 38 points. Snaith carded five birdies, however, a five over par nine on the 14th hole, plus two double bogeys to end, hampered his challenge. Storey also had two doubles to end. Both Endersby and Beresford received a one-shot cut in handicap.

Division 2 winner was Nigel Trinder with 34 points. Second was Lynne Rumbold on countback from Tony Flood, both with 33 points. Flood scored 23 points on the front nine but he collapsed on the back nine, scoring just four points on his last five holes.

Margaret Deighan took the honours in the ladies’ Stableford on Thursday of last week with 39 points. Runner-up was Sarla Read with 35 points and third was Carole Reeves with 32.