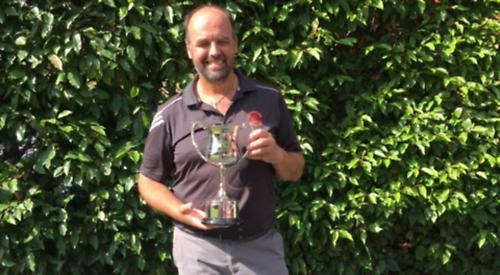 In form Wagner-Piggott came in with a net 65 to win the event and in doing so received a four shot reduction in his handicap down to eight.

Anne Franklin was runner-up with a score of net 67 on countback from Paul Thomalla whilst Henry Bareham and Dave Lawrence were the only other competitors in a field of 94 to beat their handicaps with net 69s.

The extra medal was won by Angus Harris-White with a level par score of 70 on countback from Rob Ellerby.

The ladies section held their monthly medal in conjunction with the first round of the Norton Cup and this resulted in a win for Morag Broom in the top division with a net 72 to beat Sally Woolven and Rachel Hall by one shot. Sandie Howell also recorded a net 72 to claim Division 2 which was three shots better than Gill Mitchell whilst a net 73 was good enough for Margaret Grainger to take Division 4. Jackie Saunders and Lynn Dalglish were one shot behind with net 74s.

The Seniors Club Championship also took place last week which resulted in a win for 2017 winner Alan Wilson. It was the third year running that Wilson (five handicap) recorded a gross 75 in the championship but he was denied the top spot last year by Ian Norris. Nigel Hawkins recorded a 77 to take the runners up spot which was three shots better than Alan Gaffney, Peter Falle and Steve Webb. The handicap prize went to Falle with a net 68 which was a shot better than Hawkins.

The Paul Sambrook Junior Trophy was won with a good score of 44 points by Zander Norris was good enough to win the top spot by 11 points from Chloe Stanley and William Frood. Max Cranstoun took Division 2 which is played over nine holes with 18 points.