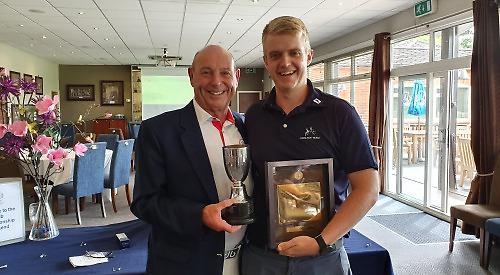 Saturday proved to be tricky, with blustery conditions for the 77 club members. After day one, the field was whittled down to just 48 players making it through the cut to the second day’s play.

Better conditions prevailed on Sunday and this was reflected in the scoring by most of the players. In the ladies section Tracy Crew relished in another championship victory with 156 points, now making it number 13 in her playing career at the club.

In the men’s section George Mitchell won the gross championship with a score of 146 points with Mark Simpson runner-up on 147 and Kye Machin third on 148. In the nett championship Jonathon Clark took the honours with 130 points with Colin Tungate second on 135 and Martin Walmlsey third on 137.