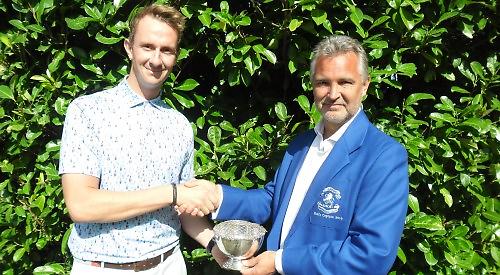 HENLEY held their club championship last weekend in ideal conditions where some good scoring was witnessed, especially on the first day where reigning champion Peter Muhley shot a gross 66 to take a five shot lead over Henry Bareham.

Martyn Metcalfe was third in the first round with a 72 which was one shot better than men’s captain Dave Driffin and James Smith.

Sunday’s round was much closer and Muhley’s double bogey on the second hole gave the chasing pack fresh momentum but he recovered to record birdies on the difficult eighth and 12th holes to retrieve the situation and a five shot lead which was maintained to the 18th where he retained the championship with a total score of three under.

Bareham was the runner up with a score of plus two and Alan Gaffney had a good second round of 71 to take third spot with plus six which was a single shot better than James Smith.