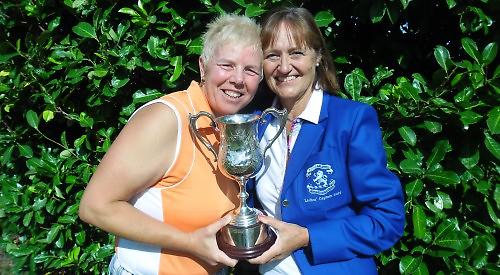 KAREN POLLARD won back the ladies championship crown at Henley Golf Club which she last won in 2017.

The opening round was close with Pollard having a one shot lead over Sally Woolven with a gross score of 81. Janet Lawson was in third spot with an 84 which was a shot better than defending champion Clare Dodds.

Pollard, Woolven and Dodds all excelled in the second round with gross 82s which resulted in a one shot win for the precompetition favourite Pollard by one shot over runner-up Woolven.

Clare Dodds gave a good defence of her title to score a total of 167 which was four shots behind the winner.

The bronze championship also witnessed a close finish when Miriam Dalton prevailed in a play off against Josie Heayns when both players recorded a gross 98. Jackie Saunders was third with a gross 100 which was a shot in front of Maria Clift.