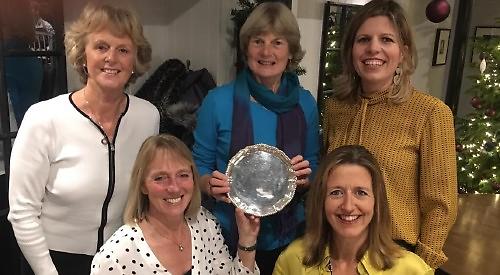 HENLEY Golf Club’s ladies have won Division 1 of the Berkshire Gold League for the first time since they were invited to join the league in 2010.

The three-pair 4BBB league, played off scratch, pits teams against Berkshire’s strongest players at neutral venues through March and October.

The league came to a dramatic climax at the last meeting at Maidenhead with the top four teams all within a shout of the trophy.

Henley’s strength is in depth and with particularly strong performances by their top players Clare Dodds, Sally Woolven, Morag Broom and Sarah Hillas, Henley narrowly took the title from Reading, closely followed by Castle Royle in third place and Newbury and Crookham in fourth.